The Avie Bennett Historica Chair in the Media

Historians gather at York for a conference on First World War (YFile: September 17, 2014)

Presentations on “Public History and the University” and “Winning the Border: Settling the War of 1812” (Dept. of History – News, 2012)

Transformations: State, Nation and Citizenship in a New Environment (Dept. of History – News, 2011)

From a kiss to the courts (Christopher Moore’s History News, 2010) 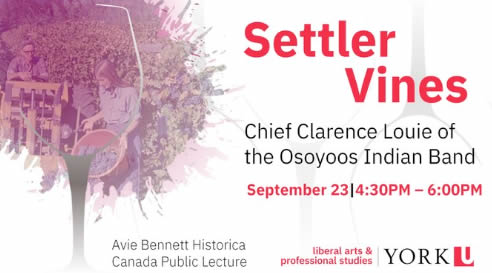